Minister of Foreign Affairs of Belarus V.Makei participates in the memorial event dedicated to the International Day of Commemoration in Memory of the Victims of the Holocaust

On January 27, 2021 on the International Day of Commemoration in Memory of the Victims of the Holocaust Minister of Foreign Affairs of the Republic of Belarus, Vladimir Makei, laid flowers at the “Yama” (i.e. pit) memorial. 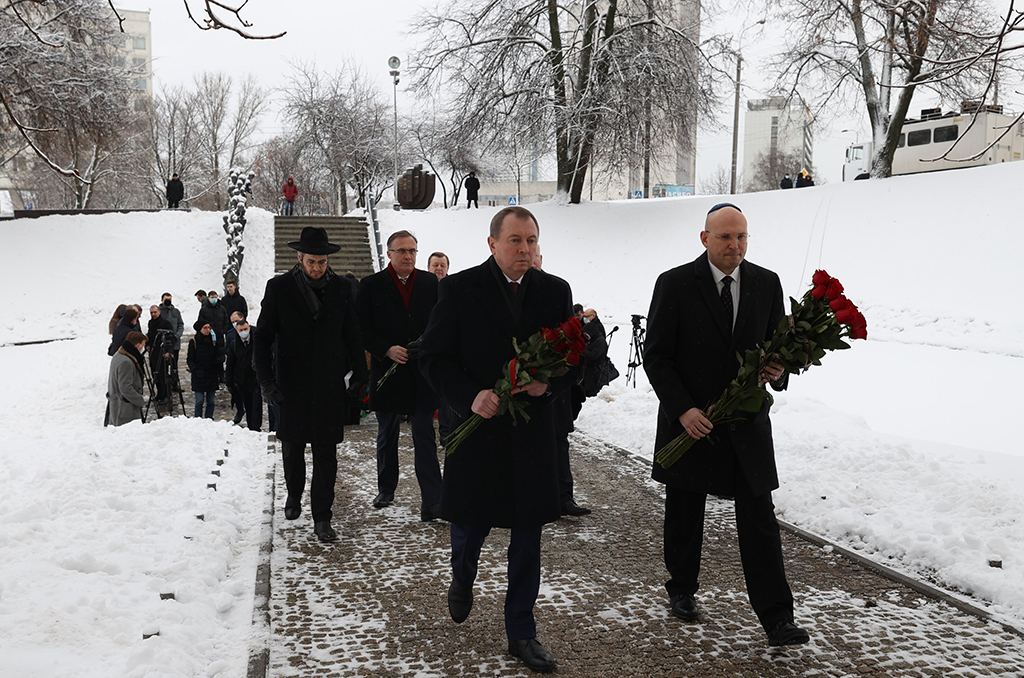 The ceremony was attended by local and national MPs, including the Chair of the Minsk City Council of Deputies, heads of diplomatic missions of Israel, Austria, the United Kingdom, Germany, Russia, the U.S., Resident-Coordinator of the United Nations Office and the Head of the EU Delegation to Belarus, as well as representatives of a number of public organizations.

In his statement, V.Makei stressed that in Belarus the Holocaust has always been perceived as its’ own pain, a bleeding wound that does not heal. Our country went through all the horrors of Hitler's genocide. Nazism left a terrible mark on Belarus: more than 260 concentration camps and places of mass extermination, including more than 70 Jewish ghettos. More than 200 cities and 9 thousand villages were plundered, burned, turned into ruins. Millions of our compatriots have died.

The head of the Belarusian Foreign Ministry especially noted the importance of the International Day of Commemoration in Memory of the Victims of the Holocaust as a manifesto of the commitment of the world community to the fight against anti-Semitism, racism and any other forms of intolerance. 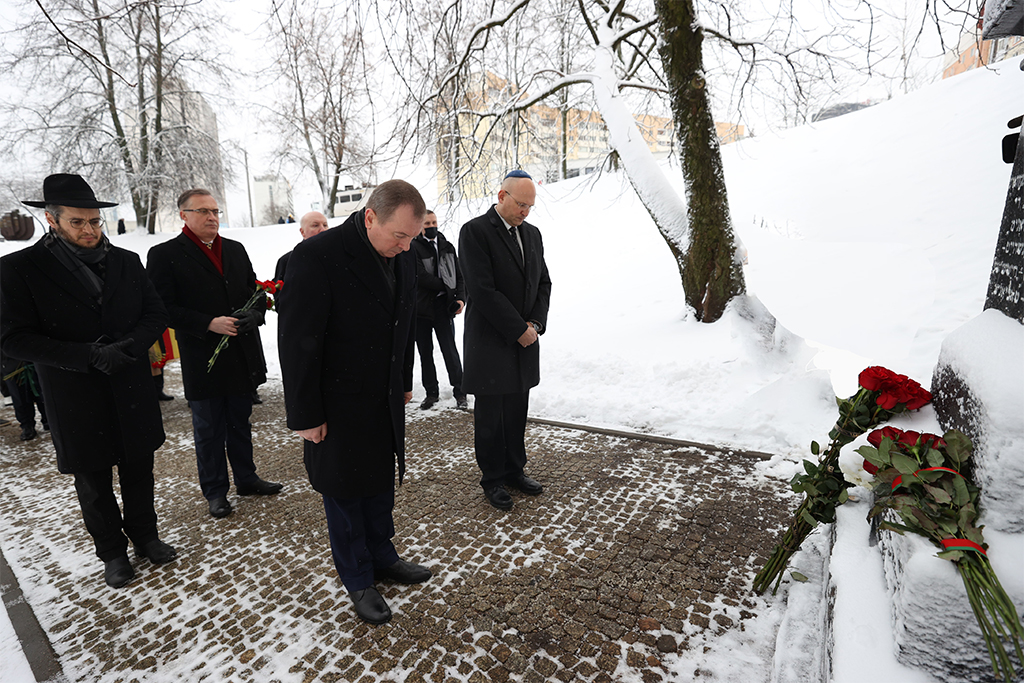 V.Makei stressed that only through joint efforts of countries, peoples and every person on Earth it is possible to resist neo-Nazism, discrimination, attempts to rewrite history. “This is the only way to preserve peace and form a tolerant and stable community of nations,” the Minister noted.

On January 26 and 27, a memorial line was launched on the building of the Belarusian National Library as a symbol of respect and memory for all victims of the Holocaust; a number of other thematic commemorative events will also be held in the country.